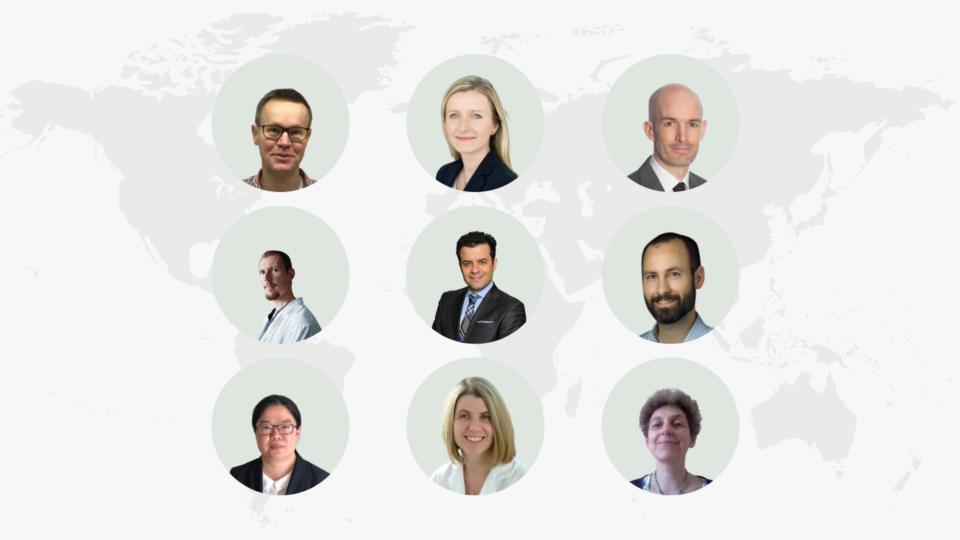 The LEO Foundation has awarded DKK 26 million to nine skin research projects from all over the world that can contribute to new discoveries and strengthen the understanding and treatment of skin diseases.

From genetics to chronic itch. From PhD to Professor. From Denmark to the USA. This round’s grantees mark not only a broad range of scientific focuses, but also offer potential solutions to a wide range of dermatological conditions. They also represent different career stages and six different countries.

In all, nine researchers from the USA, Germany, Switzerland, Denmark, Ireland, and the UK have received grants ranging from DKK 2-4 million, a total of DKK 26 million (EUR 3.5 million), for research projects that will improve the understanding and treatment of skin diseases. The nine projects were selected among a total of 23 applications from 11 different countries, giving a success rate of 39%.

One project will investigate the role of two proteins in the relatively common skin disease Hidradenitis Suppurativa (HS) and hopes to provide novel approaches for treatment of HS. A painful, long-term skin condition, characterized by skin lesions that cause intense pain, odor, drainage and scarring.

Another project seeks to identify new molecules involved in the development of chronic itch. Chronic itch is a major symptom of numerous dermatological and systemic diseases, causing great impairment to quality of life, and resulting in considerable socio-economic costs. Currently, treatment options for chronic itch have insufficient efficacy or side effects, creating a need for better and safer therapy.

Just examples of two out of the nine thrilling projects that boast many exciting achievements. The common thread linking the projects is that they all increase our knowledge of the skin and its diseases – by improving the fundamental understanding of the skin, by identifying new innovative treatments and by developing novel and improved diagnostics.

More than 3,000 skin diseases are known and create a sizable universe of conditions to be understood, diagnosed, and treated. Much more research is needed to improve the understanding and treatment of skin diseases. This is exactly what the LEO Foundation aims to do with its philanthropic activities.

Descriptions of all the projects can be found below for further inspiration. You may also explore the scientific detail and scope of each their projects. 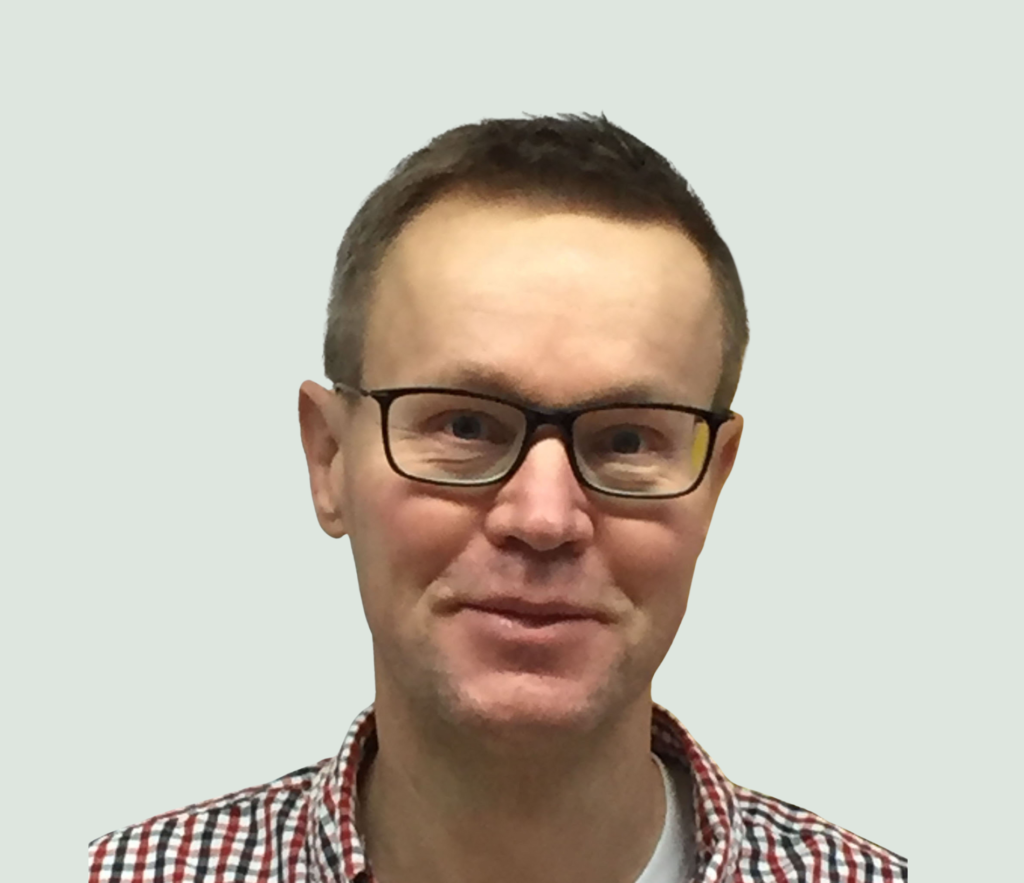 The project by Tim Tolker-Nielsen aims to identify novel chemical compounds as potential drug leads for treating bacterial involvement in atopic dermatitis. The present project builds on findings from another LEO Foundation grant, which discovered a central factor, Sbi, responsible for the virulence (the ability to cause disease) of the bacteria Staphylococcus aureus in atopic dermatitis flares. As this factor appears to be unique to that bacterium it can be targeted with minimal impact expected on beneficial commensal (i.e. non-pathogenic) bacteria. Tim and his team will utilize existing libraries of chemical compounds to screen for lead candidates that can prevent the production of Sbi and which may be developed into a future treatment for atopic dermatitis flares. 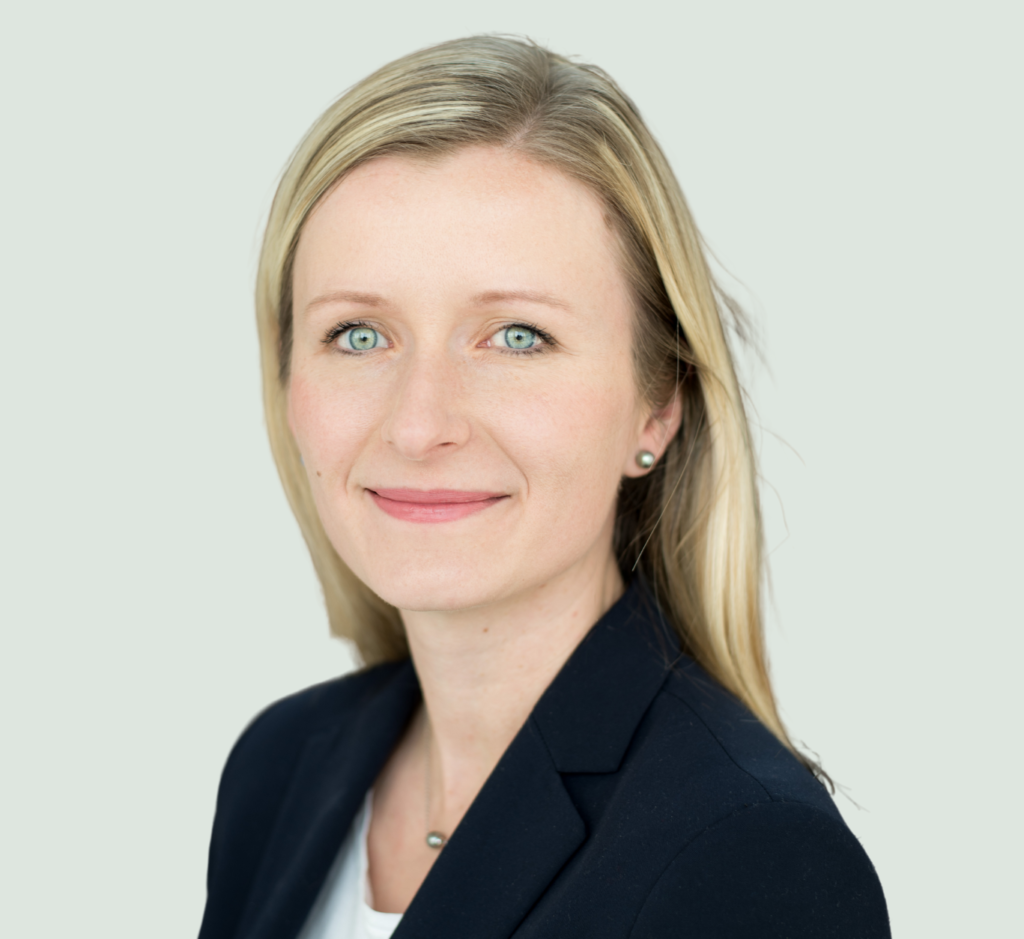 Skin diseases caused by specific genetic defects (genodermatoses) are often rare but can be severe and even life threatening – like epidermolysis bullosa. To cure such diseases, the genetic errors which cause the diseases would need to be corrected. In recent years there have been major advances in targeted gene editing – not least with the CRISPR/Cas system which allows for both tissue- and cell-specific correction.

However, while the skin is readily accessible it has two features which impede such treatment: Firstly, the skin’s barrier function makes efficient delivery difficult, and secondly, as the skin is an epithelium with rapid turnover of the cells, a persistent cure involving gene editing must reach the stem cells which lie at the base of the epidermis, the outer layer of the skin.

Sarah and her team, with expertise in both dermatology, gene editing and topical drug delivery, aim to develop such a delivery system for gene correction treatments using microneedles and nanocapsules, and will investigate its efficiency in both human skin samples and bioengineered skin (disease) models. 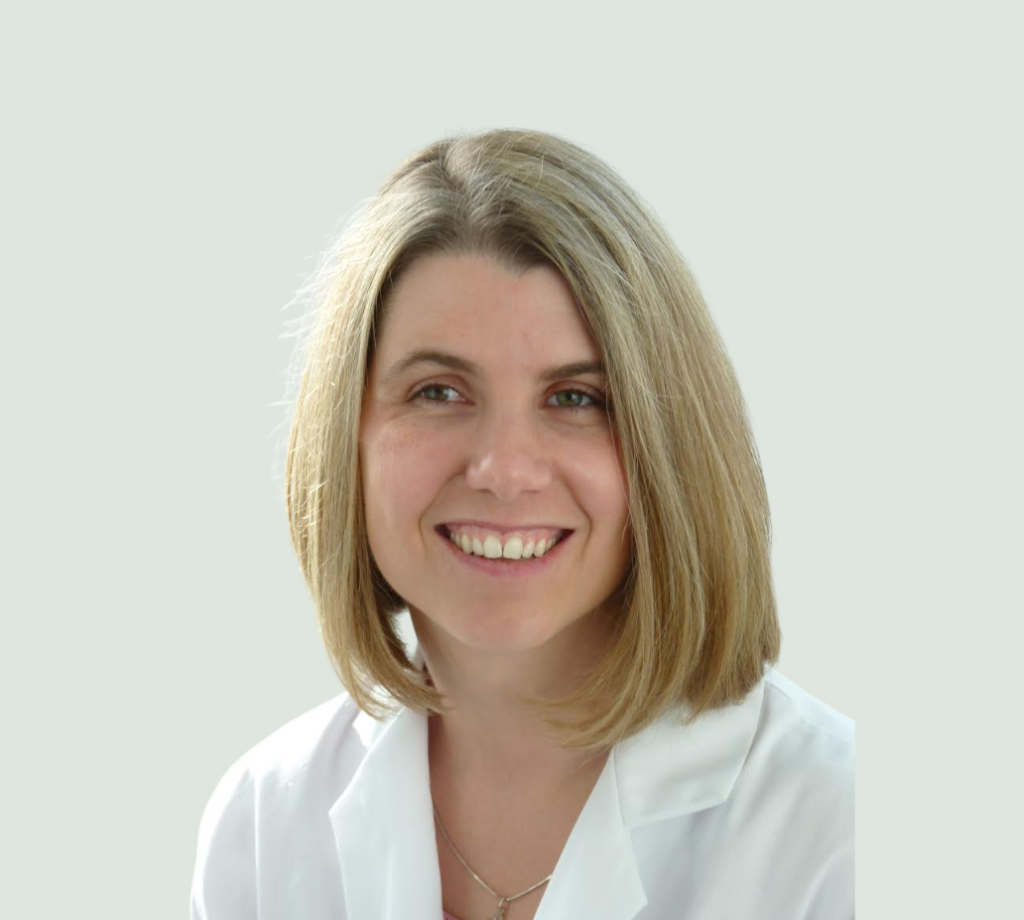 Amanda Nelson’s project investigates the role of two proteins, E-cadherin and p120, in the relatively common inflammatory skin disease Hidradenitis Suppurativa (HS), which is characterized by skin lesions that cause intense pain, odor, drainage and scarring.

The cause of HS remains unclear, and this limits the current treatment options. The current hypothesis is that there is a blockage in the hair follicle unit, which triggers the immune response. Amanda and her team have found that E-cadherin and p120, both important for skin integrity, are lost in HS-affected skin, and their project seeks to understand how this loss may contribute to the hair follicle breakdown and subsequent inflammation. If the link is proven it may provide novel approaches for treatment of HS.

Chronic itch (pruritus) is a major symptom of numerous dermatological and systemic diseases, which substantially impairs patients’ quality of life, resulting in considerable socioeconomic costs. Current treatment options have insufficient efficacy or side effects, and do not treat the underlying cause of itch. Thus, there is a significant unmet medical need for a better efficacy, longer lasting and safer therapy.

Specifically, Jianghui and her team will focus on understanding the role of b-type natriuretic peptide (BNP) signaling, which is known to be pivotal in the development and transmission of itch, yet no effective therapeutics targeting this molecule have so far been developed. To address this knowledge gap, the team will investigate the pathways in detail, validate the involved molecules as potential targets for anti-itch drugs and develop therapeutic candidates that can interrupt several key molecular events of BNP signaling, including release of BNP and its pruritogenic effect. 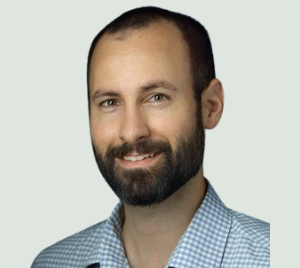 This project led by Dr. Nathan Archer investigates the interplay between bacterial colonization and a specific immune cell, the eosinophil, in development of atopic dermatitis (AD).

AD is a very common skin disease, particularly amongst young people, and the associated healthcare costs in the U.S. alone are estimated at USD 5.2 billion. Thus, there is a strong incentive to better understand the disease to improve its treatment.

The cause of AD is still unclear, but one interesting observation is that a specific type of immune cell, the eosinophil, infiltrates the affected areas and correlates with disease severity. The role of these eosinophils in AD remains unknown, but initial observations by Dr. Archer and his team point to a link between skin colonization of a specific bacteria, Staphylococcus aureus, and the observed infiltration – which may lead to both inflammation and itch. This bacteria-immune cell interaction is unusual, and Dr. Archer and his team will investigate the observed interaction in detail, with an aim to provide novel therapeutic targets for the treatment of AD. 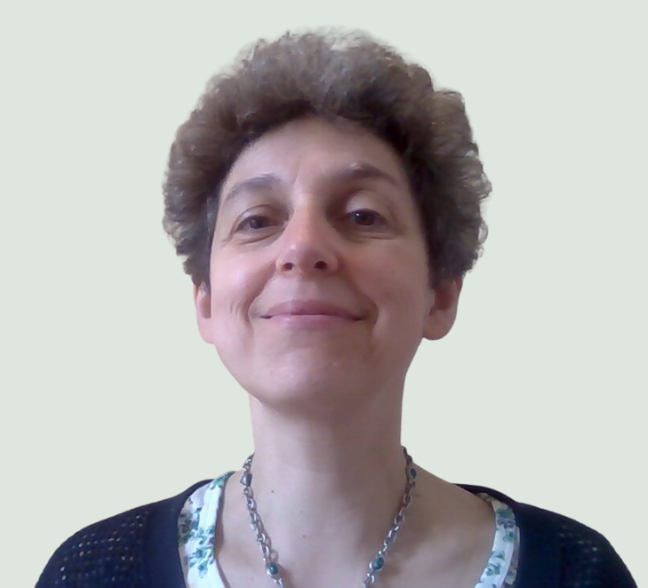 This project, led by Francesca Capon, investigates the molecular and cellular mechanisms of dupilumab-associated conjunctivitis (inflammation of the eye), a comorbidity seen in one in three AD patients treated with the drug.

These mechanisms are poorly understood, and Francesca’s team wants to elucidate them by comparing immune profiles in blood samples from affected and non-affected patients. In addition, they will identify inflammatory molecules released by cultured immune cells treated with dupilumab to further understand the key signaling pathways.

The findings will enhance the understanding of dupilumab-induced conjunctivitis and eventually help improve treatment of patients with this condition. 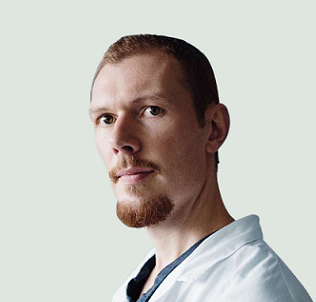 Using a mouse model where Tfrs are selectively deleted, Søren and his team will investigate immune responses and identify which specific self-antigens are targeted when the tolerance maintained by the Tfrs is lost. 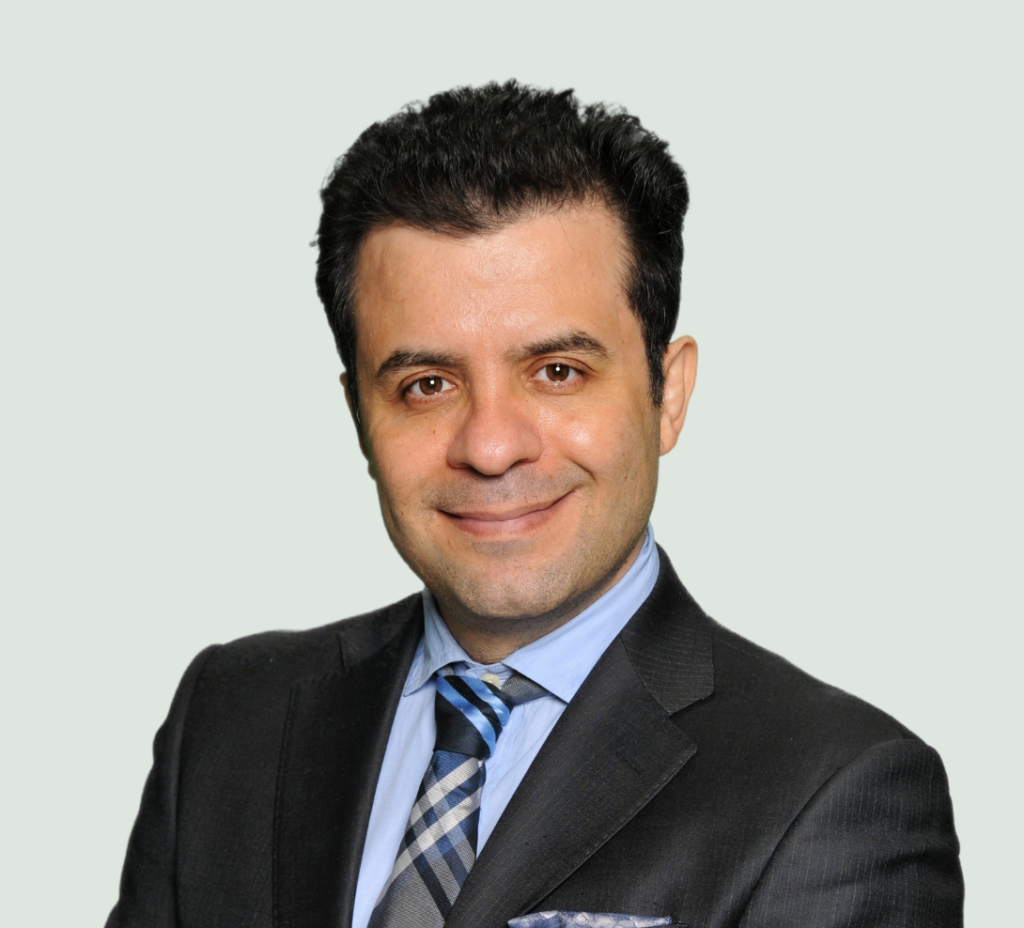 This project led by Hassan Vahidnezhad aims to elucidate the mechanisms behind skin warts that do not resolve automatically.

Warts are very common, approximately present in 20-35% of the general population. While they typically disappear within a few months, some linger and may be hard to get rid of. These persistent warts are caused by infection with Human Papilloma Virus (HPV) in persons where the immune response is insufficient due to genetic defects. Particularly, defects in T cells are suspected as a causation, but exactly how the warts are formed and how they persist is to a large degree unknown.

Hassan and his team seek to identify the genetic and molecular causes of recalcitrant warts, which will not only better the understanding of the skin’s immunological response to HPV infection, but may also provide diagnostic, prognostic and therapeutic improvements for patients with recalcitrant warts. 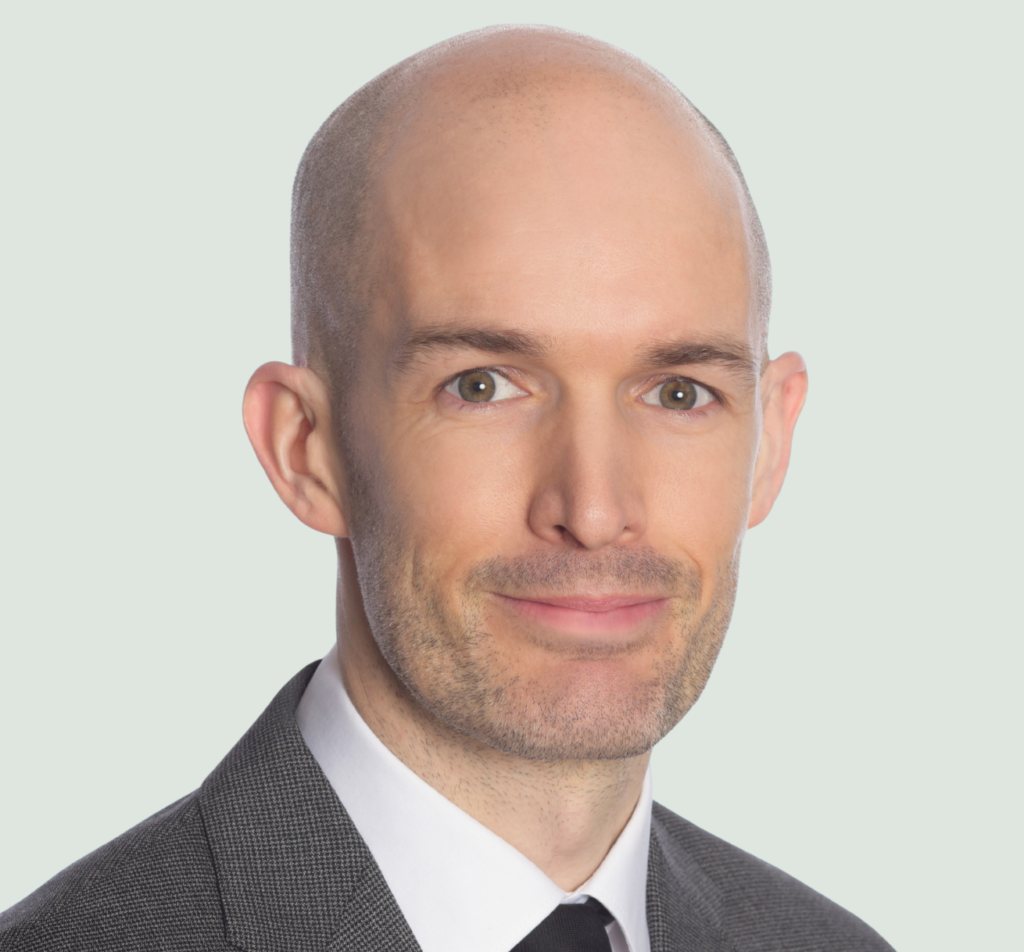 The overall aim of Mark Mellett’s project is to shed light on the differences and the mechanisms governing regulation of IL-36 activity in both skin inflammation and viral infection.

IL-36 cytokines (a substance secreted by cells that affect the response of nearby cells) are well-known to contribute to inflammatory skin diseases in particular generalised pustular psoriasis. Yet the mechanisms regulating the activitiy of the cytokines remain poorly understood.

Mark and his team suggest that IL-36 is an important response mechanism protecting the skin against viral infection and this response is “switched on” in error in generalised pustular psoriasis. They propose to elucidate the reasons for this to better understand how pustular psoriasis is triggered.

All grantees and awardees

The LEO Foundation has established a formal evaluation process with a panel of national and international external experts from the skin research community to assist the Board in ensuring that our grants are given to the best projects and the most qualified applicants.

Next application round in 2022 – apply now

The LEO Foundation calls for applications for research projects focusing on the skin and its diseases on an ongoing basis. The next application round is open from 16 May – 21 June 2022.

The competition is open to talented skin researchers at PhD level or above from any country. The typical grant amount applied for is DKK 2-4 million for a period of 1-3 years. Researchers who would like to apply for a LEO Foundation research grant can  apply here.